The Bible teaches that man was created in the image of God (Genesis 1:26,27). The unproved theory of evolution claims instead that man gradually evolved from lower animals. Supposedly an accident occurred millions of years ago, producing the first simple living thing. Then it gradually developed into all the present kinds of plants and animals: fish, reptiles, birds, mammals, and finally man. So life is just an accident and man is just an advanced animal. Please consider some questions.

2) Where is the proof that all current kinds of living things have developed from previous kinds? Science confirms that living things reproduce after their own kind, just as our everyday experience indicates, and just as the Bible states (Genesis 1:11,21,24,25). Dogs produce other dogs, not monkeys or men. For years scientists have searched for the fossil remains of “missing links” — organisms half-way between modern plants and animals. If evolution is true, there should be thousands of such intermediate fossils. Instead, there are none. Why?

3) Why are humans so unique compared to animals? Among animals there are many minute differences in intelligence, but a vast gulf exists between men and animals. Why do animals never read, write, or solve math problems? Why do they not invent new machines, train animals, use fire, or record their discoveries for posterity? Why does only man create new works of art, music, and poetry? If man is just an animal, evolved from lower animals, why don’t other animals do these almost as well as we do?

The only honest explanation for the scientific evidence is the one given all along in the Bible. Man did not evolve. We were created in the image of God, and that is why we ought to serve Him.

For further study I encourage the reader to go to www.gospelway.com/creation/ and  study our online articles about creation and evolution. We discuss the problems involved in evolution and evidence that the days in Genesis 1 are literal days. 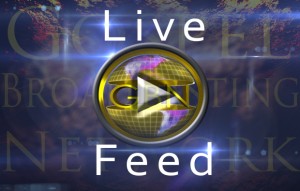